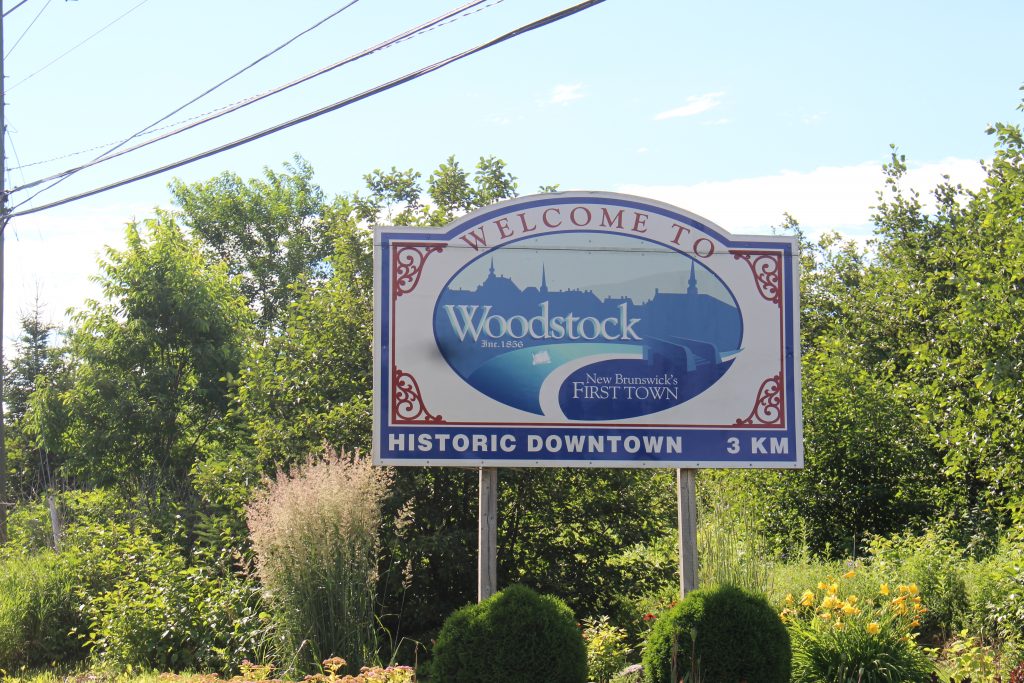 Woodstock NB, the home of Garant’s only Canadian sawmill. 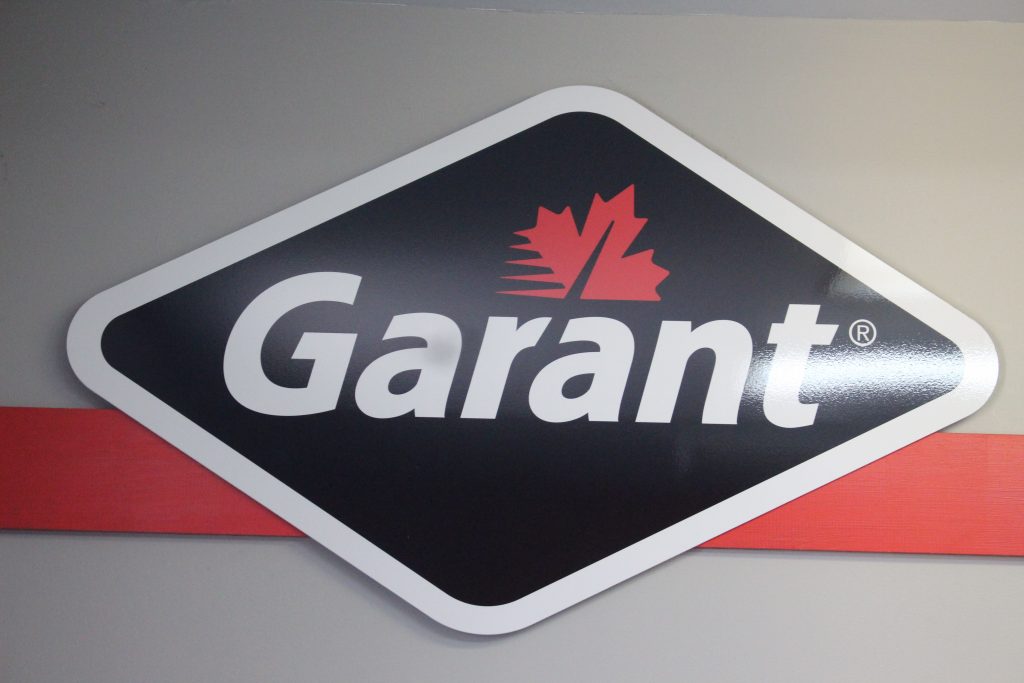 Garant bought the mill, previously owned by ‘Maple Wood Turnings’ in the 1960s. 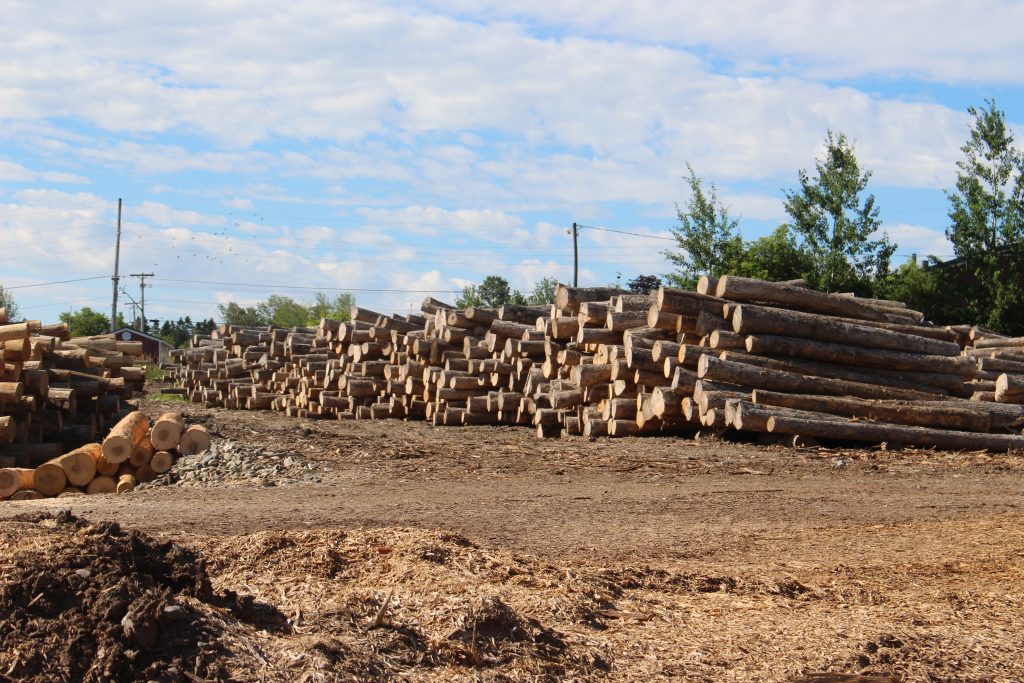 White Ash is the primary wood processed at the mill, but hardwood is also used when there is an Ash shortage. 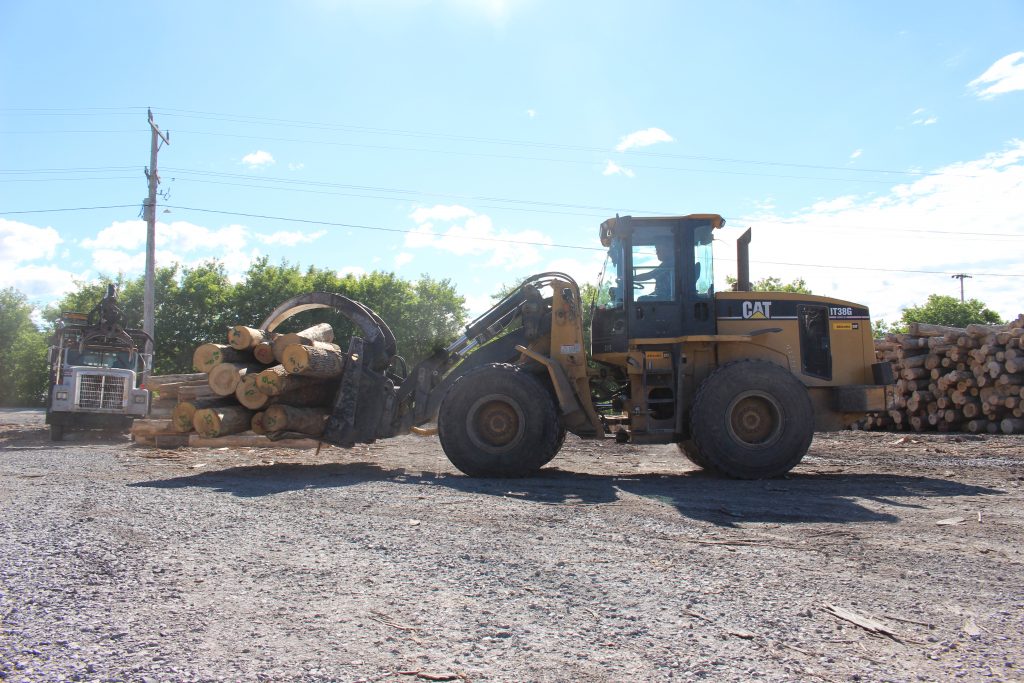 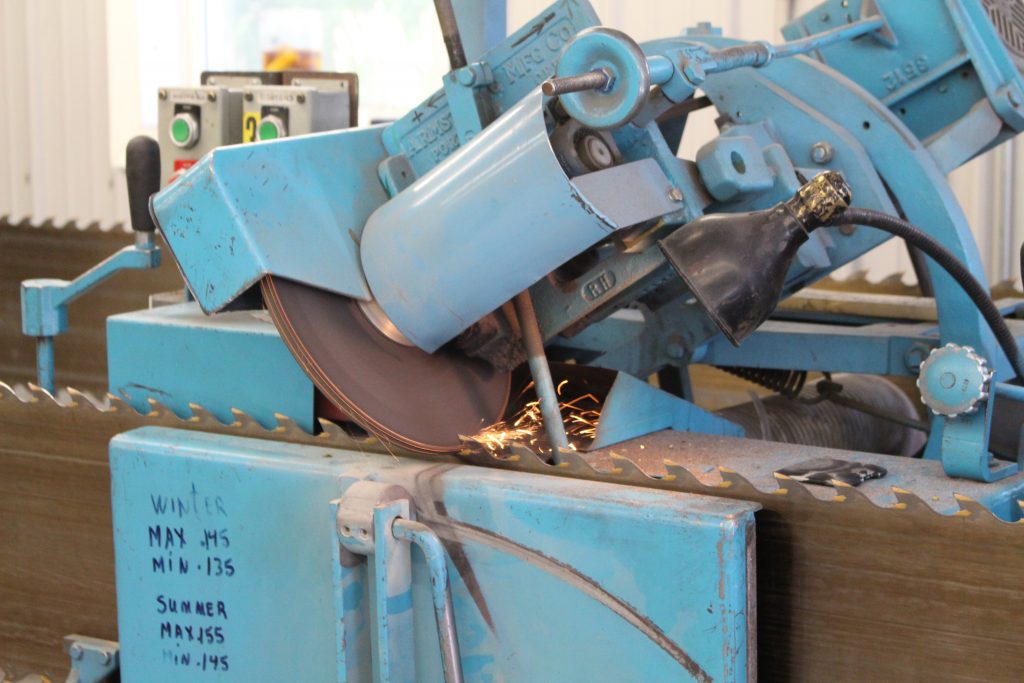 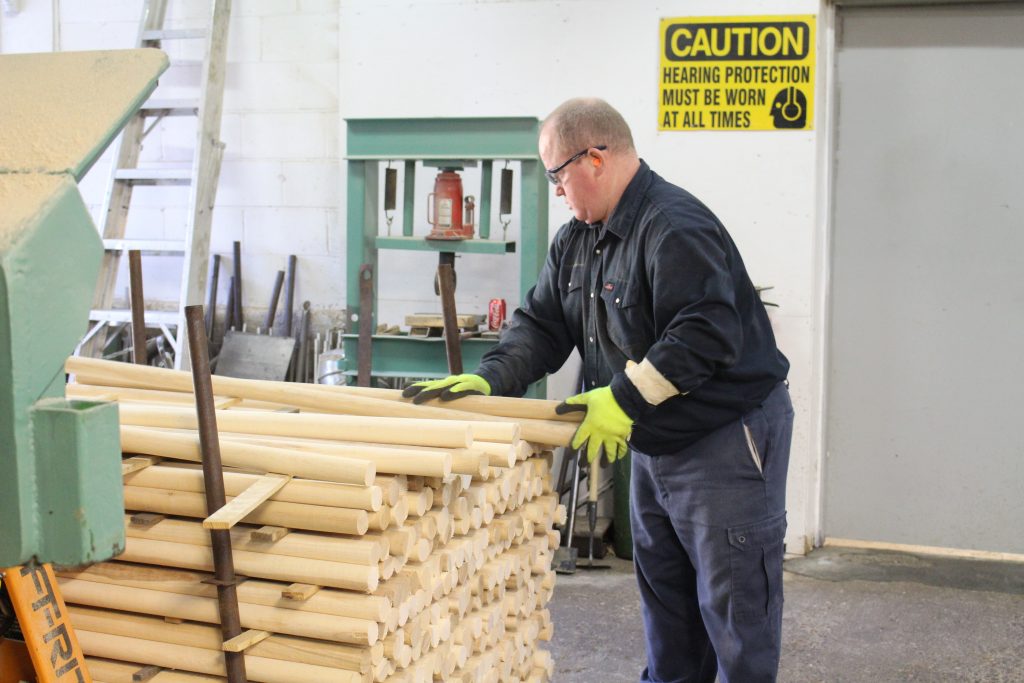 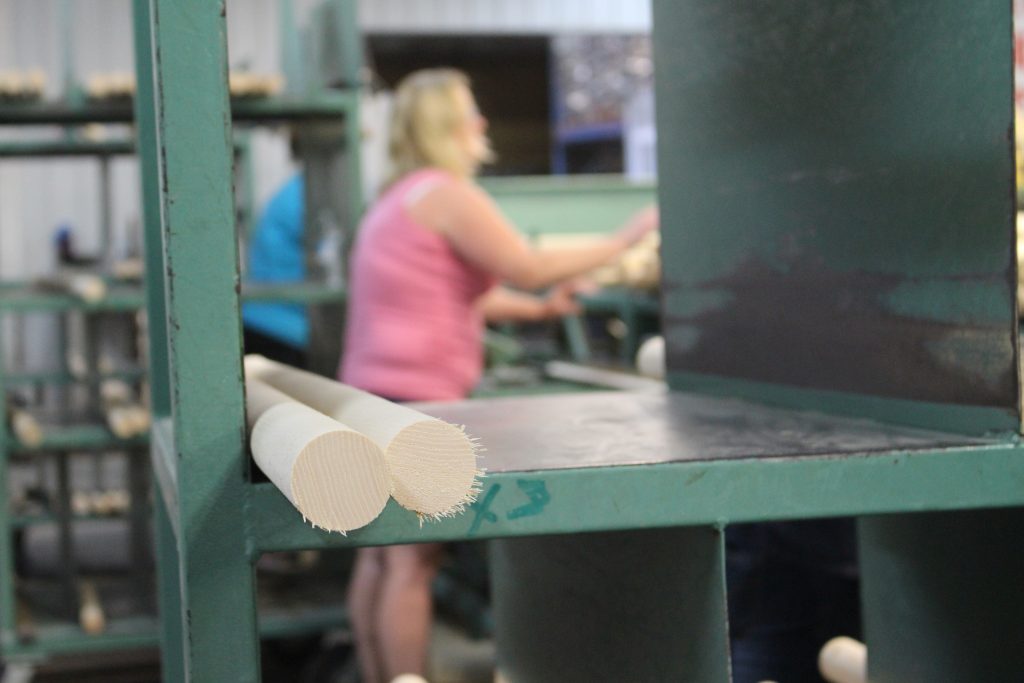 White Ash handles are used for Garant tools like shovels and rakes. 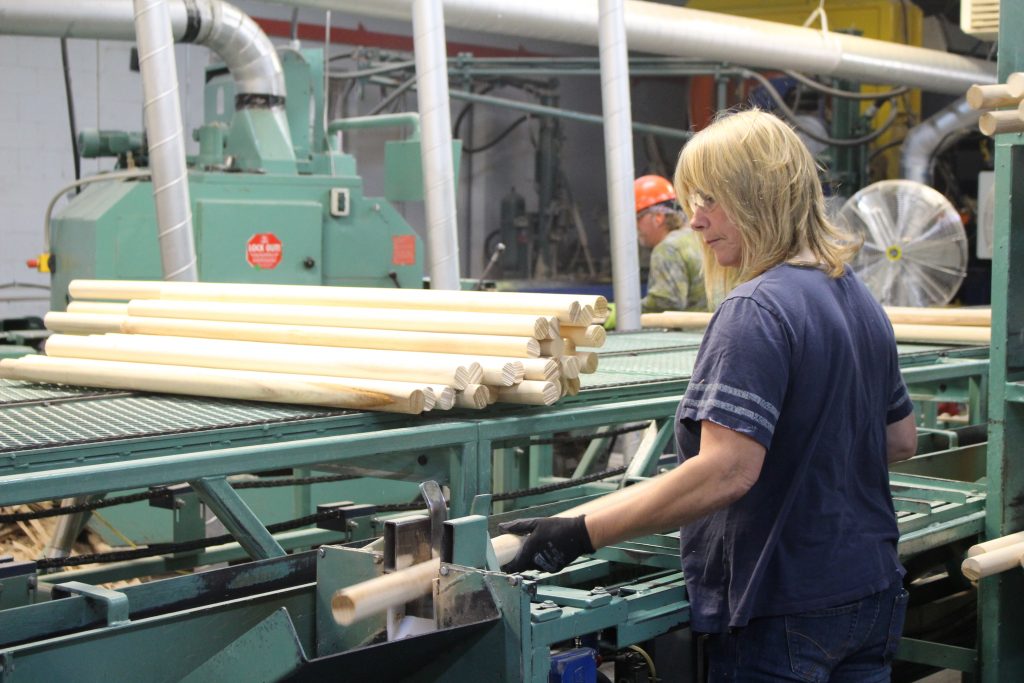 The mill receives a 70% yield from the wood they process.

They produce more than 20 thousand wooden tool handles every day.

Located in the beautiful riverside town of Woodstock, N.B., the Garant sawmill is a staple of the local economy, employing nearly 30 people and manufacturing more than 20 thousand wooden tool handles used across Canada every day.

Originally called Maple Wood Turnings, the company relocated from Quebec to Woodstock in 1961, where they made solid wood bowling pins for Brunswick. Richard Poulin, Operations Manager at the mill, recalls filling CN Railway boxcars with wood scraps left over from bowling pin manufacturing. Around 1963, the industry abandoned traditional solid pins for a more efficient alternative.

“The trend was to go with laminated pins because there was so much waste with bowling pins,” Poulin said. “We weren’t set up to do that, so we picked up a contract to make hockey handles out of Ash.”

This didn’t last very long, as the hockey stick industry also made the transition to laminated wood. The company, resilient as the handles they produce, approached Garant about manufacturing wooden tool handles for them.

“They came and looked at the operation, and to make a long story short, they bought Maple Wood Turnings,” Poulin said.

Although the majority of White Ash logs processed at the mill come from the state of Maine, the facility tucked away in rural western New Brunswick is now Garant’s only sawmill in Canada. They’re responsible for the wooden components of all lifting tools like shovels and rakes. Striking tools are made with Hickory logs from the Virginias and Carolinas in the United States.

The mill recently invested more than $1 million in purchasing new equipment, including a thin kerf saw, an upgraded carriage and a 3D scanner. A new de-barker is next on Poulin’s list. These upgrades have greatly increased the mill’s productivity.

“We get about a 70% yield, throwing 30% away because of defects, because of the bark, because of sawdust,” Poulin said.

The stock market crash between 2008 and 2009 greatly affected the company’s bottom line, which Poulin attributes to a drastic decrease in the real estate market.

Now, the market has recovered and tool sales are once again on the rise. But for Poulin and his team in Woodstock, it’s not all about selling tools. Contributing to the community is very important to Garant. But according to Poulin, many residents don’t realize how much the company donates to community projects and causes.

“As far as Woodstock is concerned, probably 50% of the people don’t know we exist,” Poulin said. “Even though we contribute tools to anybody who asks us, like the Meduxnekeag River Association, and the Rotary Club when they have fundraisers they come and we provide them tools, but still a lot of people don’t realize what Garant is and that we even exist.”

Garant is the largest manufacturer of non-powered lawn, garden and snow removal tools in Canada. So next time you set out to turn some old soil, rake  dry leaves or shovel a snowy drive way, keep in mind your tool likely originated in Woodstock.