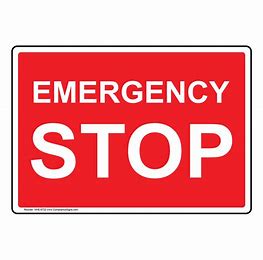 Running Out of Emergency Room

In advocacy work there is no better strategy than to look for trends that capture the public’s imagination. Afterall why re-invent the wheel; when something works copy the model and forge ahead. The recent trend seems to be the declaration of emergencies. First it was a Climate Emergency declared by federal environment Minister McKenna; probably warranted given the rather overwhelming evidence related to climate change and the detrimental impacts associated. This was followed by numerous copycat declarations from municipalities across the country all racing to capture a bit of the excitement that accompanies a “declaration” of any sort let alone an emergency. Then this past week the Canadian Parks and Wilderness Society (CPAWS) issues a Nature Emergency report. This report drew primarily from the Intergovernmental Panel on Biodiversity and Ecosystem Services (IPBES) Global Assessment Report. It concluded that over one million species globally are in danger of extinction. The report appears well researched and the co-lead on the study, Dr. Andy Purvis, admits that as with any study there are shortcomings but that the assessment represents the best efforts of many scientists reviewing existing literature on species composition, land and resource use and their impacts. All apparently good work conducted in good faith.

Where the train comes off the tracks is when these emergency scenarios become pretexts to assigning shame and blame. Yes, we all have a part to play in righting our environmental ship and let’s face it the good ship earth is the only one we have to sail on but let’s not lose sight of the positive efforts and outcomes we are seeing as well.

Unfortunately, the focus is only on the negative. For example, comments attributed to  NB CPAWS on the release of their Nature Emergency declaration,  understated the area of land that is managed for conservation purposes, in New Brunswick, by focusing exclusively on protected natural areas with no consideration for other effective conservation measures or OECM’s, which under the national “pathway to target one” of 17% terrestrial conservation is considered a legitimate contributor to national and international biodiversity goals.   In addition to the 4.8 % cited by CPAWS as provincially protected there is currently 23% in some form of conservation either for wildlife habitat or some vegetative community of interest including old growth forests. In addition to these amounts are areas that are not harvested due to wetland conditions and extensive buffers protecting watercourses which contribute considerable additional effective conservation area.

The CPAWS report conveyed serious species declines, which are concerning, but failed to similarly provide data on those species that have shown very significant improvements such as forest bird species, raptors and wetland birds. The New Brunswick forest sector as represented by Forest NB has considered furthering conservation objectives and is open to exploring possible management alternatives that will sustain the economic and social contributions expected from our sector.

We view forest management as a shared responsibility, and we hope for a collaborative effort from all parties involved. To not acknowledge positive outcomes is as damaging as highlighting only the negative.

Mike Legere is the Executive Director of Forest NB